Chinoiserie: A Look at Its Fascinating History

Inspired by Chinese principles and art, Chinoiserie is a beautiful decorating style that combines Asian culture and Western décor. This style of design is romantic, historical and timeless.

Chinoiserie has a long history. Dating back to the 17th century, Chinoiserie has transformed throughout the generations. A mixture of East and West filled with tranquil imagery and romantic details, this timeless design theme has a beautiful, ornate look.

First appearing in the 17th century, the Chinoiserie Chic trend was popularized in the 18th century due to the rise in trade with China and the rest of East Asia. ‘Chinoiserie’ is actually a French word, while ‘Chinois’ means Chinese. 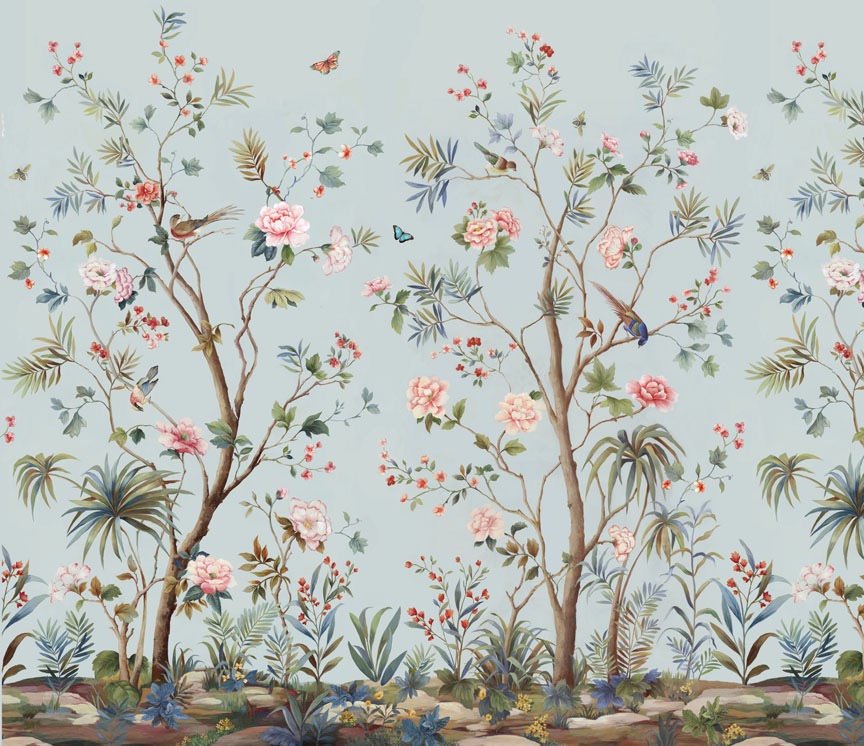 This whole design trend of chinoiserie came from the interest of Westerners who were just so fascinated by the lives and how people lived over in India, and Asia, in the 17th century.  What made them even more fascinated were products that came to Europe and America through the British East India Trading Company. What came across was a lot of tea,  screens, room panels, art and porcelain. On the panels – which were wooden and some were carved  and glass – they would have beautiful designs painted onto them. Back in those days, screens were very important in home décor as they had a multitude of purposes. Screens often had several panels put together as they were used to keep the heat in a room by a fire, used as room dividers, used for dressing areas and also as decorative panels like art in palaces and homes.

Due to Chinoiserie popularity in design, these decorative panels also ended up in paintings – British, French, Viennese  and European paintings. The European paintings liked to feature women lounging and drinking tea. Often, these screens and panels would be painted behind them and would have images of birds and nature to suit the imagery. A Chinoiserie pattern may also include some landscapes, people resting, and of course, drinking tea by the river. They would also have mountains, birds, trees, animals and flowers as well. When porcelain was evolving, they started putting the tea rose into the Chinoiserie patterns and often Chinoiserie became known for having tea roses and peonies in the branching tree like designs and landscapes. 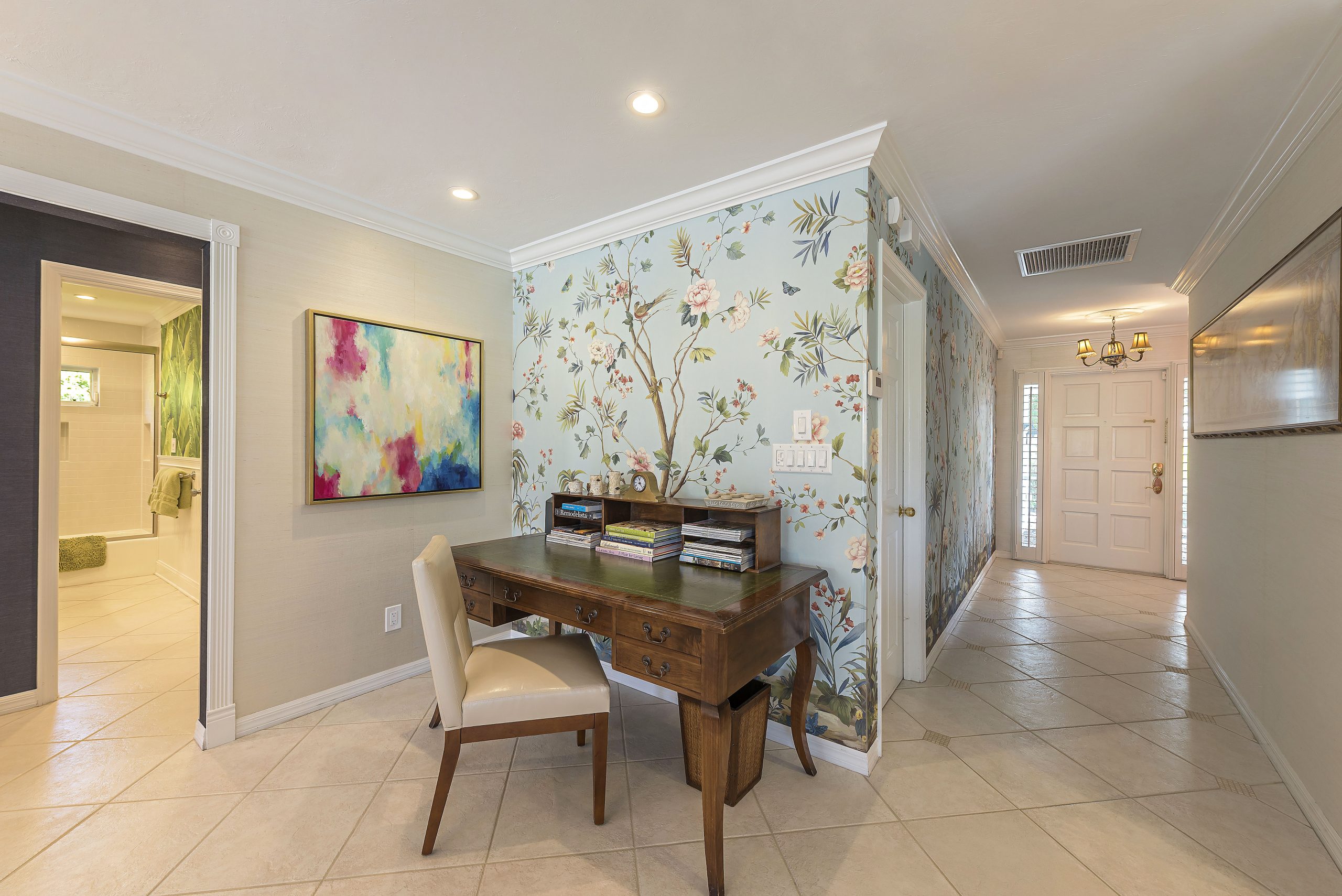 In the 18th century, people’s fascination with tea drinking also further contributed to Chinoiserie’s popularity. Tea became very popular with the women in Britain, and eventually in France. Often these scenic landscapes with novelty images were painted on Tea Canisters which were often locked as sugar was so expensive and always kept with the tea. These scenic landscapes were now on porcelain, art, screens and on walls in the royal palaces. 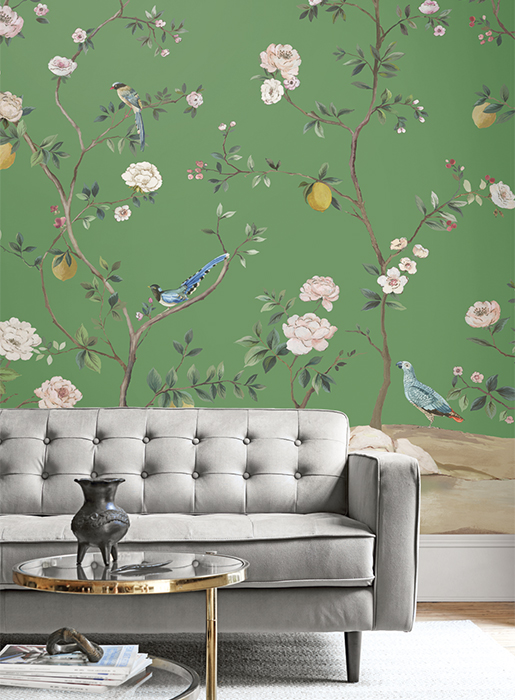 This designer, Louis Le Vau designed royal rooms in the palace with these huge Chinoiserie painted panels. He was one of the first interior designers to use the Chinoiserie Landscape motif paintings for interiors. A trend started for this Chinoiserie style.  The rich and royalty had a huge influence on design from fashion to home interiors. The French gave special favor to Chinoiserie as it blended well with the Rococo style. The Rococo Style of decorating was very ornate which featured a lot of gold frames, gold accessories etc. The walls in the palace had  all these ornate gold frames on the walls painted  inside with  beautiful Chinoiserie landscapes. These landscapes included people sitting by rivers, mountains, tea roses, peonies, branching trees, animals and anything Far Eastern that was thought to be ‘exotic’.

This started the Chinoiserie trend for  interior decoration in France. That was the first royal Chinoiserie interior designed room at the Palace of Versailles. Hence, a trend started that expanded across Europe, England and over to America.

2022 © Daisy Bennett Designs. All Rights Reserved.
Sub brand of Jaima Co. Web Design and Development by Artversion
Sign up for Daisy's email list to get in the know and be the first
to hear about new arrivals, special curated collections,
inspirations, design trends and lifestyle experiences.